Reliance Jio and Google have partnered for this 4G Android smartphone

Reliance announced to bring cheap 4G smartphone at 43rd Annual General Meeting. It is also believed that the company can launch 2 crore such smartphones.

A few months ago, Reliance announced a cheaper smartphone during the 43rd Annual General Meeting (AGM 2020). The company’s chairman Mukesh Ambani had said that Reliance Jio and Google have partnered for this.

The two companies will bring together cheaper 5G smartphones. Now this phone has been spotted online. At the same time, some information related to this has also been revealed.

According to the report of Mobile Indian, Jio’s cheap smartphone is listed on the Google Play-console site named Jio Orbic phone (RC545L).

This smartphone will get a Snapdragon processor and it will be 4G smartphone.

However, information about all its features and price has not been revealed. 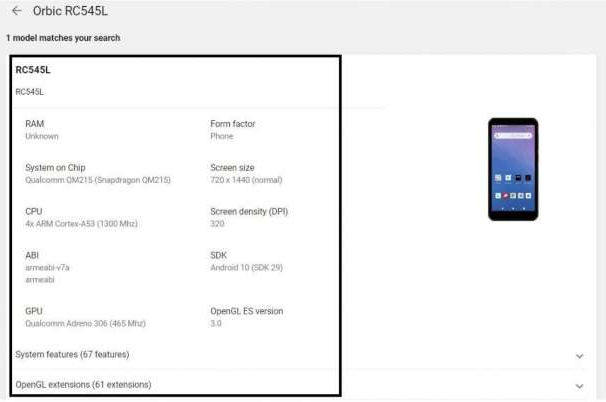 According to the report, this cheap Jio Orbic phone (RC545L) of Jio will get Snapdragon QM215 processor. Which is specially designed for Android Go. The phone will get more than 1GB of RAM, Android 10 OS and HD resolution display. This phone can be launched in association with Google.

According to the report, the price of this 4G smartphone of Jio can be close to Rs 4,000. At the same time, it can be launched in India by December. It is also believed that the company can launch 2 crore such smartphones.

About 35 crore 2G users in India

Ambani said at AGM 2020 that Jio’s objective is to make India 2G free. For this, the company will provide 4G internet to 2G customers. The company aims to provide smartphones to all Indians. There are around 35 crores 2G feature phone users in India.

Jio phone is currently the cheapest 4G connectivity phone in the world. The price of the Jio phone launched in the year 2017 is currently 699 rupees.

Up to 128GB can be increased with the help of SD card. It has a 2MP rear and 0.3MP front camera. Connectivity features like Wi-Fi, GPS and NFC have been provided in the phone. It supports WhatsApp, YouTube, Google Assistant and Facebook.

There are Some Keywords related to Jio phones and more search in the google search: For better result you can search these keywords in the google there are different results shows, click any link which is relevant to you.