As usual, Vikram was driving the motorbike under a vow of 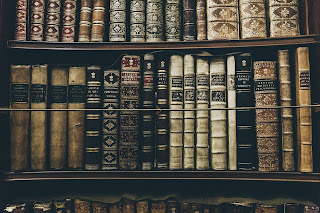 silence and Vetal was the pillion rider. As usual, Vetal
started telling Vikram a story to keep him awake while
driving. This time the story went as follows:
“In the city of Beirut, there lived a man called Khalil. His parents came
from different communities. His father was an Orthodox Christian and his mother a Sunni
Muslim. This was not so uncommon in this modern, cosmopolitan city. People from
various communities that lived in Lebanon came to live in its capital, Beirut. They lived
together, intermingled, yet fought a bitter civil war among themselves. One of Khalil’s
uncles was killed in that war.
At the end of this civil war, Lebanon’s leaders came together and agreed to some basic
rules for power-sharing among different communities. As per these rules, the country’s
President must belong to the Maronite sect of Catholic Christians. The Prime Minister must
be from the Sunni Muslim community. The post of Deputy Prime Minister is fixed for
Orthodox Christian sect and that of the Speaker for Shi’a Muslims. Under this pact, the
Christians agreed not to seek French protection and the Muslims agreed not to seek
unification with the neighboring state of Syria. When the Christians and Muslims came to
this agreement, they were nearly equal in population. Both sides have continued to
respect this agreement though now the Muslims are in a clear majority.
Khalil does not like this system one bit. He is a popular man with political ambition. But
under the present system, the top position is out of his reach. He does not practice
either his father’s or his mother’s religion and does not wish to be known by either. He
cannot understand why Lebanon can’t be like any other ‘normal’ democracy. “Just hold
an election, allow everyone to contest and whoever wins maximum votes becomes the
president, no matter which community he comes from. Why can’t we do that, like in
other democracies of the world?” he asks. His elders, who have seen the bloodshed of
the civil war, tell him that the present system is the best guarantee for peace…”
The story was not finished, but they had reached the TV tower
where they stopped every day. Vital wrapped up quickly
and posed his customary question to Vikram: “If
you had the power to rewrite the rules in
Lebanon, what would you do? Would you
adopt the ‘regular’ rules followed
everywhere, as Khalil suggests? Or stick to
the old rules? Or do something else?” Vital
did not forget to remind Vikram of their basic
pact: “If you have an answer in mind and yet
do not speak up, your mobile will freeze, and
so will you!”
Can you help poor Vikram in answering Vital?
Khalil’s
dilemma