The view of the Apple Marina Bay Sands store floating on the water is very attractive. (Photo- Apple)

Apple inaugurated the world’s first floating retail mobile store on Thursday. The store is dome shaped and floats on water. According to the company, the design of the new store is inspired by the Pantheon in Rome. It has 150 employees, who specializes in 23 languages ​​around the world. The store is located on Apple Marina Sands, Singapore. This place is one of the most iconic places in Singapore.

Our retail stores bring the best of Apple together and we’re so proud to welcome you to our newest home in Singapore – the breathtaking Apple Marina Bay Sands. Enjoy the view! pic.twitter.com/HGw79nVQI0

1. Apple Marina Bay Sands Store is the world’s first floating store. This store looks like a sphere floating in water. Apple has opened it to the general public from 10 September. The store is open on Marina Sands, one of the iconic locations in Singapore. The company believes that these new stores of Apple will give customers a new experience. 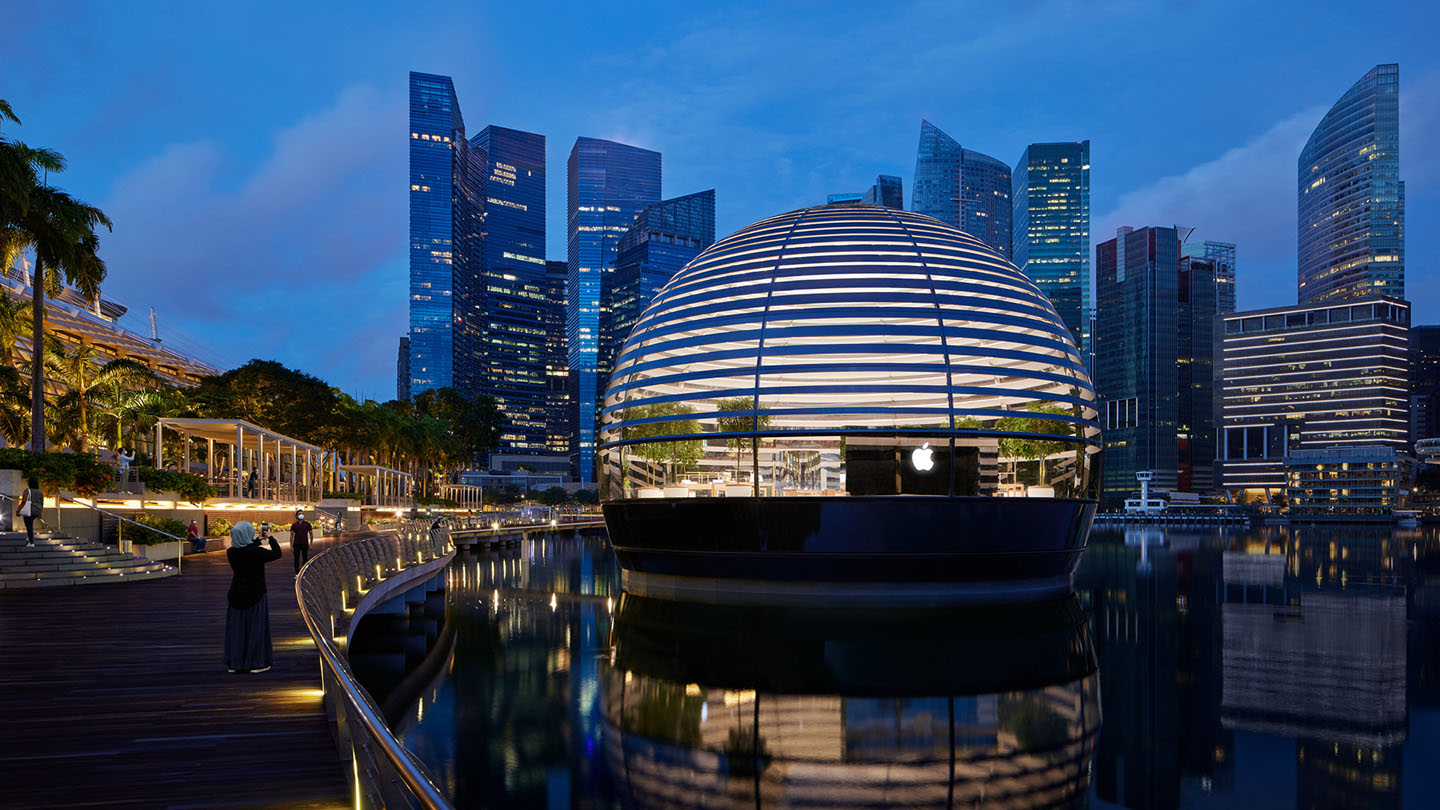 2. The structure of this glass-made store is fully self-supported. A total of 114 pieces of glass have been used in the construction of the new Apple Marina Sands store. For structural connections only 10 Narrow vertical mullions have been used in it. The view of this new store floating on water is very attractive. According to Apple, this store is inspired by the Pantheon in Rome. 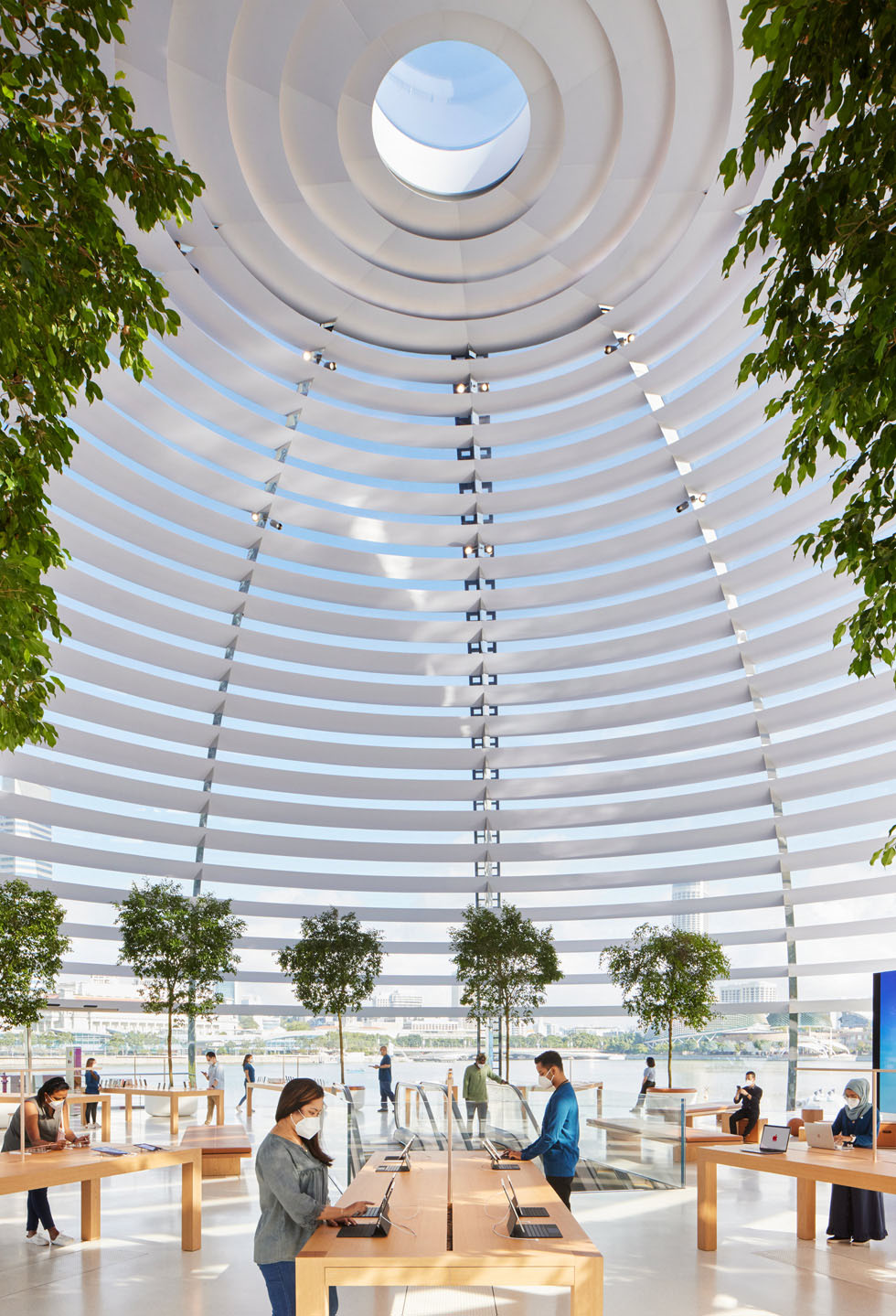 3. The glass interior in Apple’s new store is equipped with custom baffles. Each piece of glass installed in it has been arranged in such a way that it can provide lighting effects at night. The green trees lined up inside the store are also very attractive. 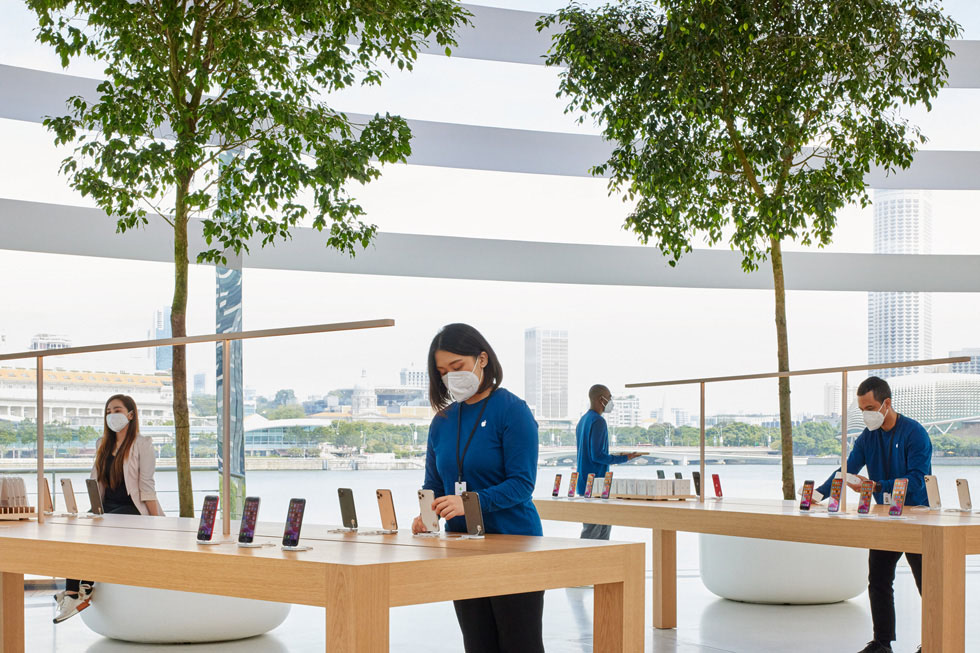 4. Customers can see different products of Apple or can consult Genius in store for information related to them. Apart from this, customers coming to the store can also enjoy the marvelous views of Marina Bay Sands. 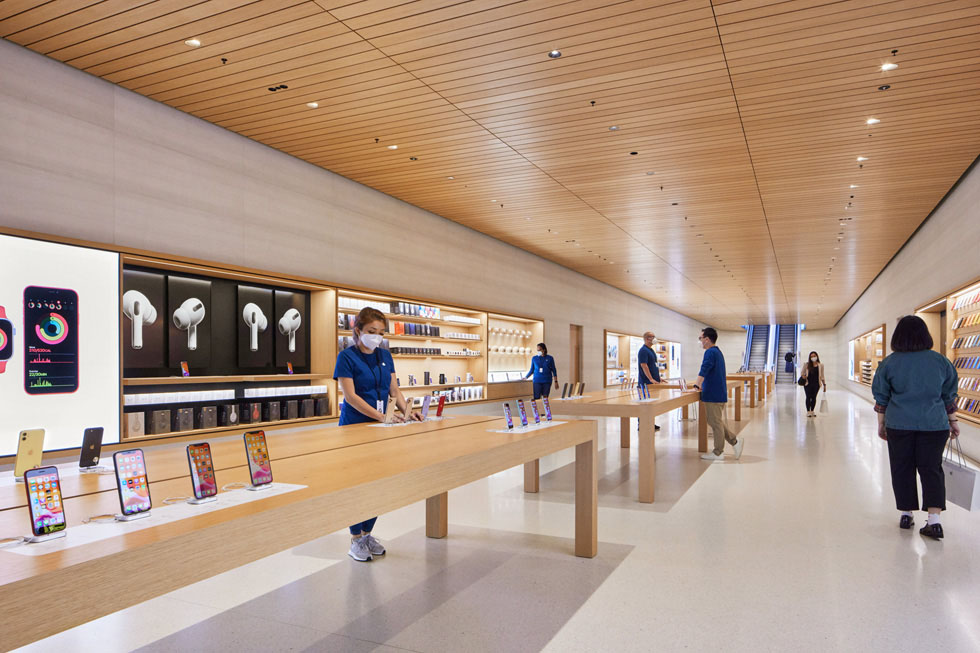 5. Apple’s new store employs 150 employees, who specializes in 23 languages ​​of the world. According to Apple, the store also has a video wall. Through this, the company will also provide a platform for local artists, singers and other creative people of Singapore on ‘Today at Apple’. 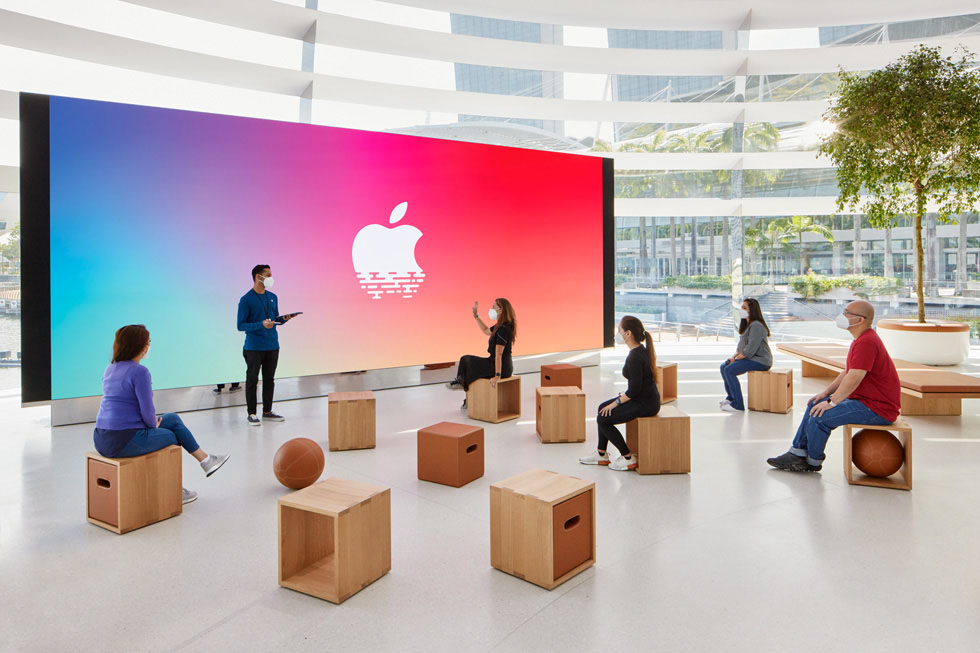 In 2017, Apple opened its first retail store on Orcad Road in Singapore. According to media reports, this Apple store is also the first store to open in South-East Asia, which was opened on Apple Orked Road. Apple Marina Bay Sands store, opened on September 10, is Apple’s 512th store worldwide.

Apple reported that the company has been in Singapore for more than 40 years, starting with the first corporate in Ang Mo Kio. Since then, Apple has expanded its corporate and retail presence. According to the company, the Apple ecosystem supports more than 55,000 jobs. Currently more than 1 lakh people work for Apple worldwide.