What is the pseudocode, variable, and scope of the variable?

Que. What is pseudocode. Give its advantage and disadvantages. 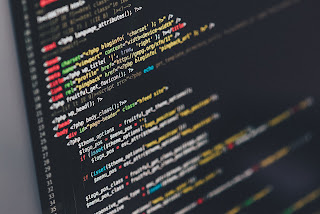 Ans. Pseudocode is detailed yet readable description of what a computer program or algorithm must do , expressed in a formally styled natural language rather then in programming language.

It is used for creating an outline or a rough draft of a program . It summarizes the program’s flow but excludes underlying  details.

a. Converting a pseudocode to a programming language is much easier.

b.It is easier to modify the pseudocode of  program logic when program modification are necessary.

c.Pseudocode is easier to write because it has only a few rules to follow , allowing a programmer to concentrate on the logic of program.

a. A graphic representation of a program logic is not available.

b. Communication problem occurs due to lack of standardization.

c. For a beginner , it is more difficult to follow the logic of pseudocode or write pseudocode as compared to flowchart .

Que. What is variable?

Ans. A variable is a name to given a storage area that our programs can manipulate.

-Each variable in C language has a specific type which determine the size and layout of the variable’s memory ; the range of values that can be stored within the memory; and the set of operation that can be applied to a variable.

-The name of variable can be composed of the letter , digit, and the underscore character.

-It must begin with either a letter or an underscore . Upper and lowercase letter are distinct because C language is case-sensitive.

-A variable in C language must be given a type , which defines what type of data the variable will hold. It can be:


Que. What do you mean by scope of variable?