Proposition :- Proposition is a statement which is either true or false but not both.

Disjunction :-  If p and q be two proposition , then disjunction of p and q is a proposition which is true when either one of p or q or both are true and is false when both  p and q are false.

Tautologies :-A Compound proposition that is always true for all possible true values of its propositional variables and it contains T in last column of its truth table then,it is known as tautology.

Propositions like, i. The doctor is either male or female.  ii. Either it is raining or not.   – are always true and tautologies.

Contradiction :- A compound proposition that is always false for all possible truth truth values ofits propositional variables and it contains F in last coloumn of its truth table then, it is known as contradiction.

are always false and contradiction.

Contigency :- A proposition which is neither tautology nor contradiction is called contingency. Here the last column of truth table contains both T and F.

Satisfiability :- A compound statement formula A (P1,P2,…Pn) is said to be satisfiable , if it has a truth value T for at least one combination of truth value of P1,P2,…Pn. 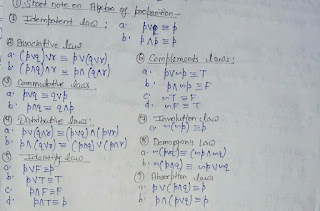 Theory of Inference in Propositional Logic :- 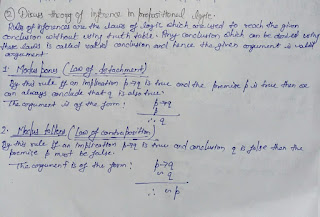 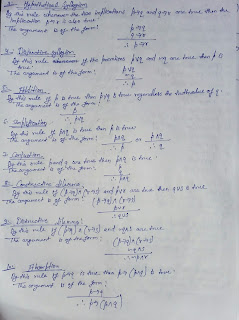 Thankyou!
Any doubt please comment on the given section…
https://www.rtsall.com/2020/03/microprocessor-notes-4th-semester-pin.html